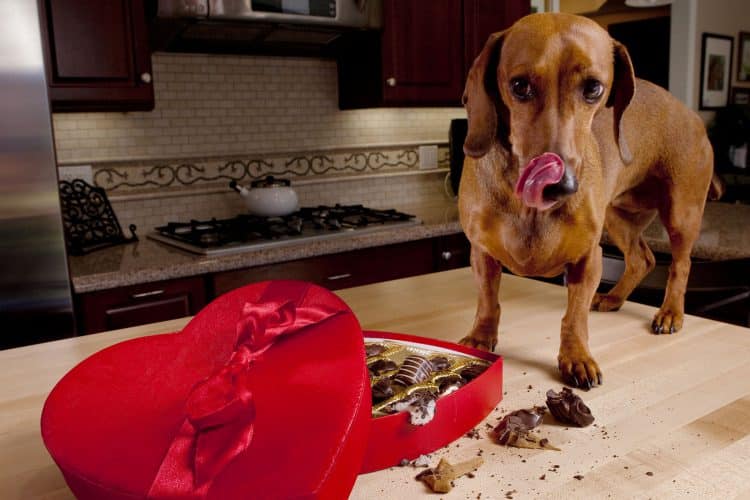 Chocolate Toxicity in your Pet

Chocolate is very toxic to pets, and is more commonly sought out by dogs than cats due to their keen sense of smell and sweet tooth! The toxin in chocolate is called theobromine, which is similar to caffeine. The reason chocolate is toxic to dogs and not to humans is because theobromine is broken down much more slowly in dogs than humans and also due to the larger amounts of chocolate that they tend to eat. In general, the darker and more bitter the chocolate – like baker’s chocolate– the more poisonous it is.

Symptoms:
If a dog has ingested chocolate, they may show symptoms such as vomiting, diarrhoea, lethargy, agitation, increased thirst, an elevated heart rate, and in extreme cases even seizures and death. Symptoms are usually seen within 6-12 hours of ingestion.

If you have seen your pet eat chocolate or think your pet is acting strangely and has had access to chocolate, you should seek veterinary attention immediately. The earlier treatment is started the better the prognosis. So let’s keep Easter a happy time – hide the chocolate well, up high and in a cupboard is a good idea (or the fridge) and have a great Easter long weekend!